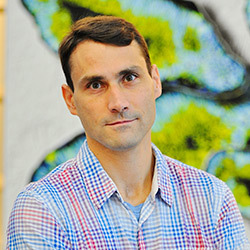 About the Speaker:
Jason Christie received his BS in biology from the University of South Dakota and his PhD in neuroscience from the Oregon Health and Science University.

Christie is the group leader of the Cerebellar Circuit Function Group at the Max Planck Florida Institute. His research focuses on studying the cerebellum to better understand the cellular and network underpinnings of neural computation that give rise to motor behavior. The cerebellum is a key motor center implicated in the acquisition of adaptive movements and in disease models of motor impairment. He is specifically interested in how the dynamics of synaptic transmission, combined with the integrative features of dendrites and axons, are utilized by neurons in the cerebellum to control motor output and encode memories of motor learning.