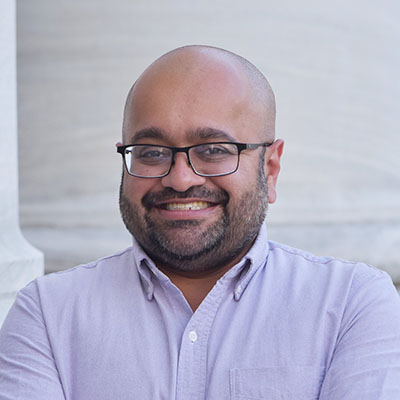 About the Speaker: Dr. Neil Dani is a postdoctoral fellow at Boston Children’s Hospital in the laboratory of Dr. Maria Lehtinen and is an Instructor of Pathology at Harvard Medical School. He completed graduate training at Vanderbilt University with Dr. Kendal Broadie where he studied the impact of extracellular signals on neuromuscular synapse function. For his postdoctoral research he focused on the choroid plexus, a source of cerebrospinal fluid and extracellular signaling factors that support brain development and function throughout life. New research shows that choroid plexus can gate immune cell entry into the brain and contribute to neuroinflammation underlying autism spectrum disorder and neurodegenerative disease. However, the underlying mechanisms remain poorly understood. To help address these setbacks, he has used single cell and single nucleus transcriptomic analysis and spatial mapping to generate the first cell atlas of the choroid plexus across brain regions and ages in the mouse brain. Next, he has developed live imaging tools to visualize choroid plexus cell function in explants and in awake behaving mice. Together, these advances set the stage for his future research program that will investigate cellular mechanisms of choroid plexus barrier function in neurodevelopment and potential remodeling in disease.