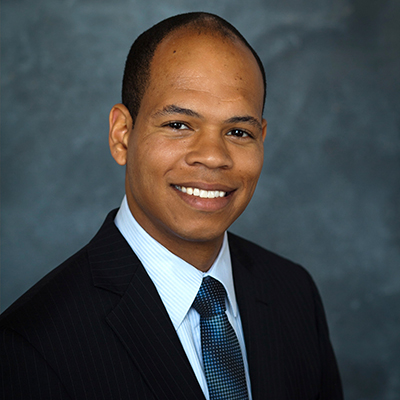 About the Speaker: Randolph S. Ashton received his BS from Hampton University (Hampton, Virginia, 2002) and PhD from Rensselaer Polytechnic Institute (Troy, NY, 2007) in Chemical Engineering. During graduate studies under Prof. Ravi Kane, he researched how engineering biomaterials at the nanoscale could regulate the fate of adult neural stem cells. He continued to pursue his interest in stems cells and tissue engineering as a California Institute for Regenerative Medicine and a NIH postdoctoral fellow at the University of California Berkeley’s Stem Cell Center in the lab of Prof. David Schaffer. In 2011, he was appointed to a faculty position in the Wisconsin Institute for Discovery at the University of Wisconsin–Madison as an Assistant Professor of Biomedical Engineering. In 2018, he was promoted to an associate professor of biomedical engineering and appointed as the associate director of the UW-Madison Stem Cell and Regenerative Medicine Center. The goal of Ashton’s research is to bioengineering human tissues that can be used as tools or therapeutics to prevent or cure central nervous system (CNS) disorders. His lab currently melds state of the art biomaterial approaches with novel human neural stem cells derivation protocols to bioengineer brain and spinal cord cells and tissue models in vitro. In 2021,  Ashton and collaborators embarked on a technology start-up, Neurosetta LLC, to translate the lab’s innovations for developmental neurotoxicology and drug discovery applications. Among his awards and honors, Ashton was named a 2020 Innovation of the Year Awardee by the Wisconsin Alumni Research Foundation, a 2018 Equity & Diversity Awardee by the UW-Madison College of Engineering for scientific outreach activities, a 2017 NSF CAREER Awardee, a 2016 Young Faculty Investigator Awardee by the Regenerative Medicine Workshop at Hilton Head, a 2015 Emerging Investigator by Chemical Communications, and a 2013 Rising Star by the Biomedical Engineering Society’s Cellular and Molecular Bioengineering Special Interest Group. Also, he has received a Burroughs Wellcome Fund Innovation in Regulatory Science Award, Draper Technology Innovation Awards from the Wisconsin Alumni Research Foundation, and a Basic Research Award from the UW Institute for Clinical & Translational Research. Additional support of his research has been garnered from the NIH, EPA, and Thermo Fisher Scientific.