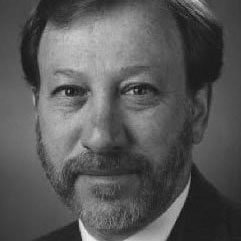 It has become increasingly evident that the in utero environment not only affects fetal development, but can also have a lasting influence on postnatal development. Our research program has been investigating several aspects of this relationship using a nonhuman primate model. For example, we have been studying the influence of fetal weight gain and infant birth weight on postnatal growth and later reproductive health (Price, Hyde, & Coe, 1999; Price & Coe, 2000). In addition, we have been exploring the significance of the prenatal transfer of maternal iron stores to the fetus, as a predictor of risk for the development of iron deficiency anemia in the infant during the first year of life. Our studies are assessing how anemia may influence the maturation of brain dopamine systems, and the rate of myelination of neuronal pathways in the developing infant (Geguchadze, Coe, Lubach, Clardy, Beard, & Connor, 2008). Finally, in other experiments we have been assessing how maternal stress during pregnancy may affect the maturation of the infant’s immune system, and the risk for viral infection after birth. These studies are also evaluating the possible effects of maternal flu infection during pregnancy on the development of several sensitive brain regions in the baby, especially with regard to the significance of the gestational timing of the infection.

Among the many mechanisms implicated in mediating the influence of prenatal factors on postnatal development is a disruption of the normal asymmetry of the body, and especially in the brain. Another facet of our research program concerns the relationship between asymmetrical activation patterns of the cerebral cortex and the immune system. These immune studies have been conducted in both healthy human subjects, as well as individuals who experienced unilateral hemispheric damage in the perinatal period or young adulthood. Persistent alterations in the physiological set points for certain immune responses have been found. (Rogers, Coe, & Karaszewski, 1998).