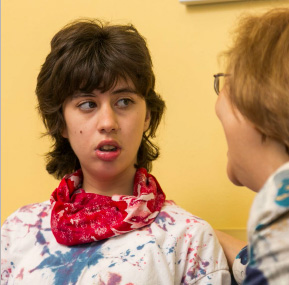 Rett syndrome is a rare neurological disorder that is a leading cause of intellectual disability in females, affecting one in 10,000 to 15,000 girls. Rett syndrome occurs more frequently in girls than boys and impacts parts of the brain that control learning, speech, movement, cardiac and pulmonary function, as well as swallowing and digestion.

Rett syndrome is caused by mutations on the X chromosome in a gene important to nerve cell development called MECP2. MECP2 plays a central role in interpreting the changes in the genetic code of DNA methylation and regulating chromatin remodeling and gene transcription. There are more than 200 different mutations found in the MECP2 gene.

Qiang Chang, PhD, researches non-genetic factors that cause MECP2 to behave differently in brain development and function. To analyze the treatment potential of a drug, Chang’s lab created a cell model of Rett syndrome with induced pluripotent stem (iPS) cell lines from female patients with Rett syndrome. By investigating Rett syndrome at a cellular level, Chang hopes to show how Rett syndrome occurs and to screen drugs for the possible treatment of Rett syndrome.

Xinyu Zhao, PhD studies neurodevelopmental disorders that are highly heterogeneous constellation of disorders, both in terms of etiology and clinical manifestations.Using neural stem cells as model systems, Zhao investigates the molecular mechanisms that regulate neuronal development during postnatal periods and their implications in human  neurodevelopmental disorders such as Rett syndrome, autism, and fragile X syndrome. Her research shows that faulty gene production has a significant negative impact on brain development and function in not only Rett syndrome but also in fragile X syndrome and autism.