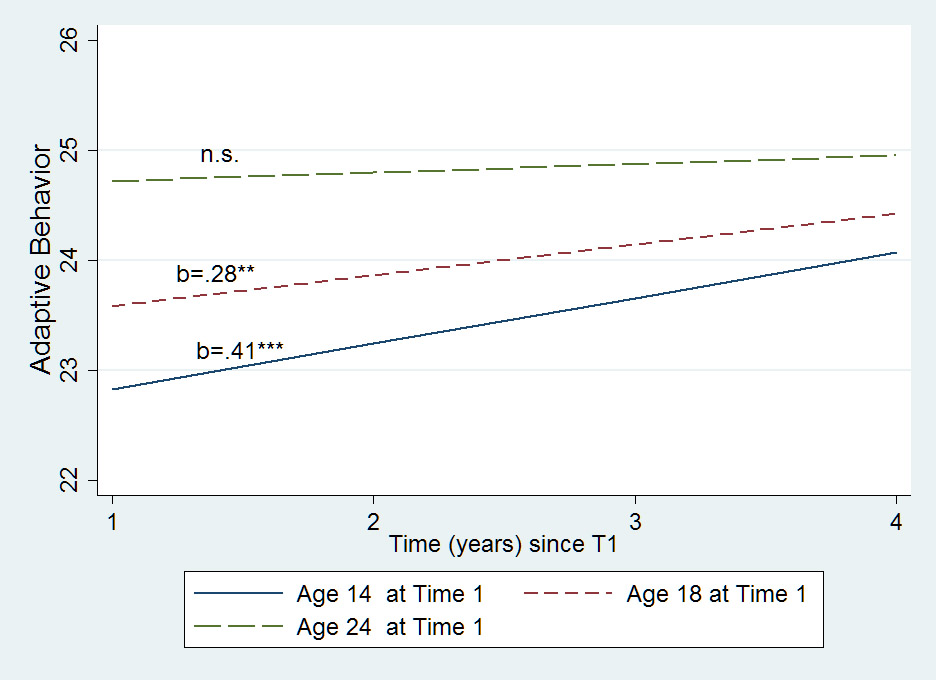 Change in the Behavioral Phenotype of Adolescents and Adults with FXS: Role of the Family Environment

About the Lab: The Lifespan Family Research program is dedicated to understanding the impact of having a child with a developmental disability on the family as well as the role of the family in supporting healthy development for individuals with disabilities such as autism spectrum disorders (ASDs) and fragile X syndrome (FXS). In my work I examine trajectories of development for adolescents and adults with disabilities and the contextual factors associated with positive outcomes. My research also centers on developing and evaluating intervention programming for youth and young adults with ASD. For example, with funding from NIMH, we are currently conducting a randomized waitlist control trial of a psychoeducation intervention for young adults with ASD and their families. Also, in partnership with colleagues at the University of North Carolina-Chapel Hill and San Diego State University, we are employing an implementation science framework to test a comprehensive treatment model for high school students with ASD. This study includes a sample of over 500 students from 60 high schools across the country (including 20 high schools in Wisconsin). Through these efforts, we seek to understand how to best support individuals with disabilities and their families during life course transitions.