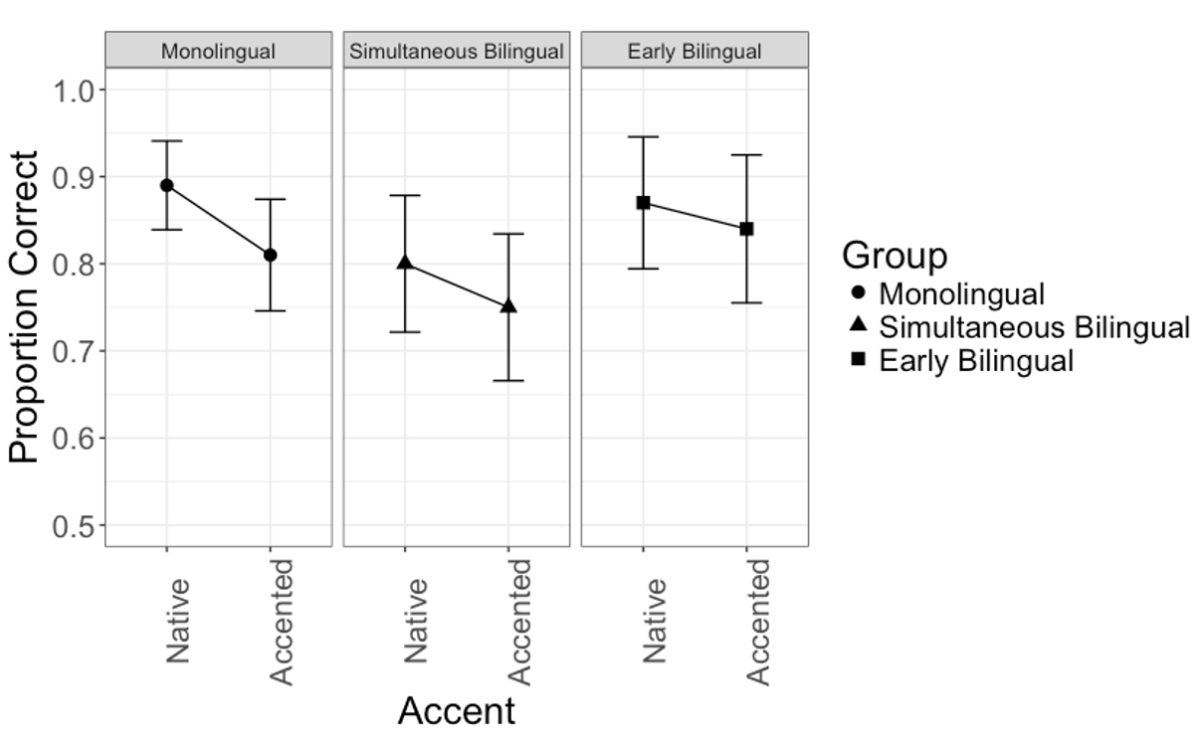 Title: Comprehension of Accented Speech by Monolingual and Bilingual Children

Legend: Performance on a sentence-comprehension task by monolingual English speaking children, simultaneous Spanish-English bilingual children (who acquired English and Spanish at birth), and early English-Spanish bilingual children (who acquired Spanish after English). Sentences were either presented in native English, or in Spanish-accented English. All three groups of children showed better comprehension of sentences presented in native English than in Spanish-accented English, suggesting that children’s language background does not influence comprehension of accented speech.

About the Lab: Margarita Kaushanskaya is an associate professor in the Department of Communication Sciences and Disorders. Research in her Language Acquisition and Bilingualism Lab examines language and cognitive development in bilingual children with and without developmental disabilities.