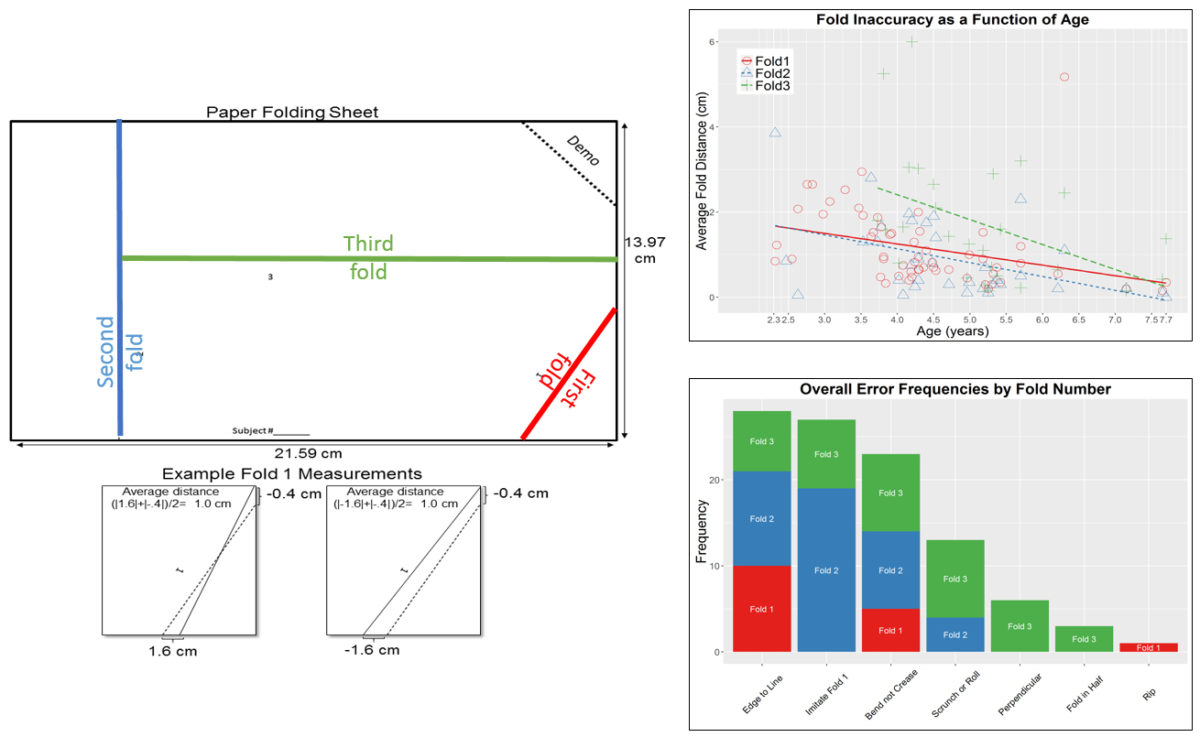 Legend: The stimuli used in the task along with how the data were coded. Children’s ability to make measurable folds and the quality of their folding increased with age.

Abstract: Although folding a piece of paper might seem simple for adults, it requires a complex integration of skills that might be difficult for children. One has to pick up a piece of paper, steady it to make a bend, and reinforce the bend into a fold. This requires the ability to plan and control an action in which each hand may be carrying out a different action to achieve the end goal. Additionally, paper folding requires cognitive skills to identify and plan the fold. Many past studies have focused more exclusively on how paper folding can be used as a measurement of spatial ability, but to date little is known about how the motor skill develops. Our sample of 77 children completed three folds that were pre-specified by dashed lines on a single piece of paper. We examined whether children attempted to make each fold and measured the accuracy of the folds that they performed. Based on the data, paper folding skills emerge as early as 27 months of age and children becoming increasingly accurate as they grow older.

About the Lab: Rosengren’s Cognition in Action Laboratory in the Waisman Center focuses on children’s cognitive and motor development, with a particular emphasis on how cognitive and motor factors interact in everyday tasks. Paper folding is one example of behaviors examined in the lab that involve a dynamic interaction between young children’s planning and executive skills on the one hand and children’s motor control on the other.