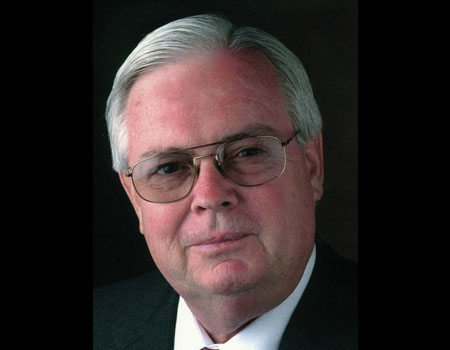 Terrence “Terry” R. Dolan, PhD, former director of the Waisman Center passed away on December 11, 2020. He was 80 and is survived by his wife Mary Ann and their four grown children and their families. 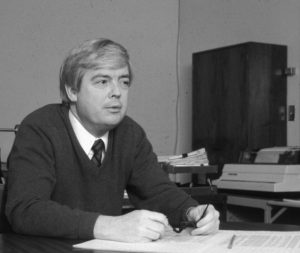 “Terry left a big imprint on the Waisman Center,” says Marsha Mailick, PhD, former director of the Waisman Center (2001-2014) and emeritus vice chancellor for research & graduate education.  “He set the goal of expanding the Waisman Center building and recruited new faculty to the center, many of whom continue their research at Waisman today.” Dolan was instrumental in the planning and development of the center’s $25 million, 71,000 square-foot addition that was completed in 2001. The expanded facility included new state-of-art research laboratories dedicated to stem cell and gene therapy research along with the addition of a biomanufacturing facility, a functional brain imaging center, and new and remodeled space for the Waisman Early Childhood Program.

Dolan’s professional career began as a sportswriter in Mitchell, South Dakota, while pursuing a bachelor’s degree in psychology at Dakota Wesleyan University. He continued his studies at Trinity University where he completed a master’s in physiological psychology in 1963. Dolan received his PhD in 1966 in an interdisciplinary program of psychology, physiology, and anatomy at the University of Texas, Austin. He was a postdoctoral fellow at the Center for Neural Sciences, Indiana University, from 1966-1968 and remained there as a research associate for two more years.

From 1970-1976, Dolan was affiliated with Loyola University of Chicago where he held positions as professor of psychology and assistant dean of the graduate school. He also served as director of Loyola’s Parmly Research Institute. He left Loyola to direct the National Science Foundation’s Sensory Physiology and Perception Program in Washington, D.C., followed by a year in Germany as a Von Humboldt Fellow.

Dolan was appointed director of the Waisman Center in May 1982. During his 20-year tenure as director, he fostered significant research accomplishments and growth of the Waisman Center. He broadened behavioral research in speech and language sciences and in the areas of aging, sensory and perceptual processes. Dolan also expanded the center’s research on neurodegenerative diseases and the emerging fields of stem cell biology and gene therapy.

Dolan facilitated key partnerships between the Waisman Center and the public and private sectors. Most notably, he established the center’s Board of Visitors (BOV) in 1996 with Judith Ward, who served as executive associate director. Today, the BOV continues to provide perspective and important connections with the business community and public policy makers, serves as an advocacy network, and guides major fundraising efforts of the center. 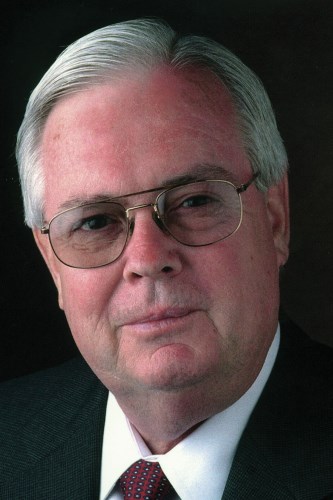 During his time at the Waisman Center, Dolan served in leadership roles at the national and international levels, including president of the International Association for the Scientific Study of Intellectual Disabilities and the Association of University Centers on Disabilities. He was a trusted advisor on intellectual and developmental disabilities and worked with a broad range of organizations such as the Joseph P. Kennedy, Jr. Foundation and Special Olympics.

In February 2001, with Mailick as acting director of the Waisman Center, Dolan began a leave of absence to assist in building the Prince Salman Center for Disabilities Research — a national research center on childhood diseases and disabilities in Saudi Arabia. While guiding the establishment of the new center as its executive director, Dolan also worked as principal scientist at the King Faisal Specialist Hospital and Research Centre in Riyadh. He chronicled his experiences in Saudi Arabia in his book, “Children of the Kingdom: Bridging Genetics and Islam to Save the Newborns of Saudi Arabia.”

Upon his return from Saudi Arabia, Dolan retired from UW-Madison on May 24, 2002, exactly twenty years after he began. As Mailick states, “When Terry left his position as director of the Waisman Center, the program was very different than when he arrived 20 years earlier. This was due in large part to his leadership and the goals he set. He aimed high and achieved a great deal.”