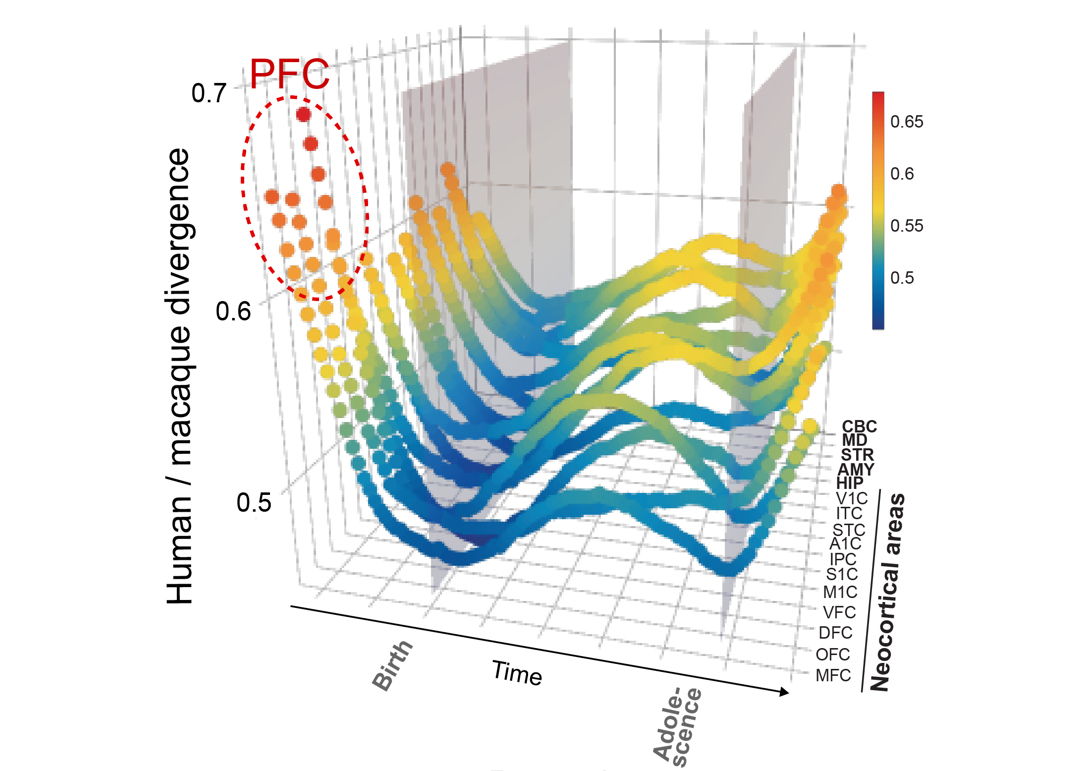 Legend: Interspecies divergence, measured as absolute difference in gene expression, between humans and macaques in sixteen brain regions throughout development reveals an hourglass pattern. The upper-quartile divergence among all genes is plotted. The gray planes represent the transition from prenatal to early postnatal development (late fetal transition, left) and from adolescence to adulthood (right). The highest divergence can be observed during early prenatal development in the prefrontal cortex (PFC). The lowest divergence can be observed perinatally and during adolescence.

About the Lab: The Sousa lab aims to identify and characterize the molecular and cellular mechanisms that govern human brain development and evolution, and to apply that knowledge towards understanding neurodevelopmental and psychiatric disorders.