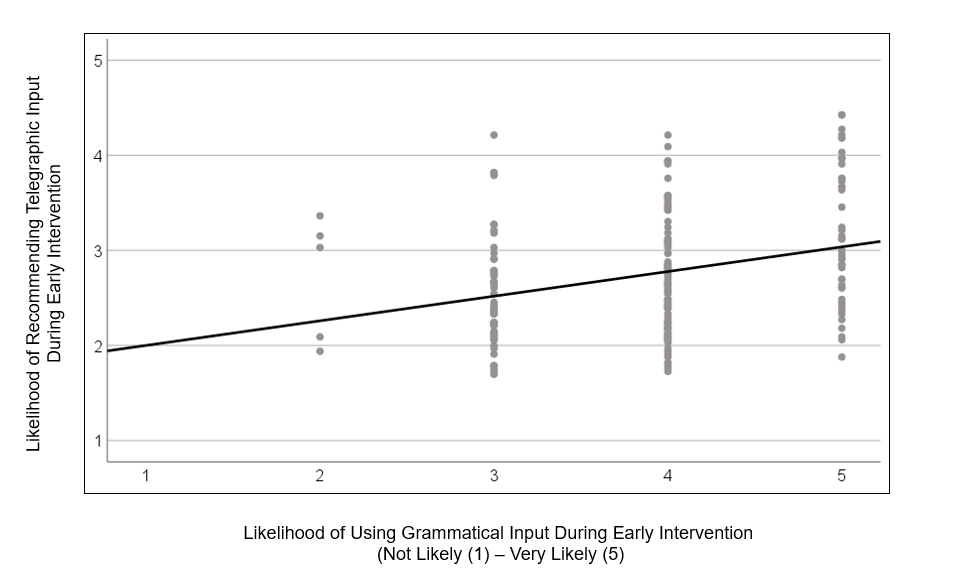 Title: Language Input Use and Recommendations Among Early Intervention SLPs

Legend: SLPs’ self-reported use of grammatical language (e.g., “Where did the dog run?”) is associated with a higher likelihood of recommending telegraphic language (e.g., “Where dog run?”) to caregivers during early intervention. This suggests some discrepancies between practice and recommendations among SLPs with regards to their use of grammatical and telegraphic language.

About the Lab: The Research in Developmental Disabilities Language Lab examines the contributions of both biology and environment in the development of language and cognition in children with developmental disabilities. 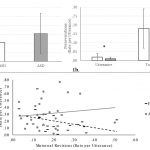 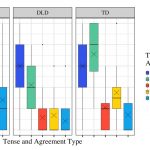 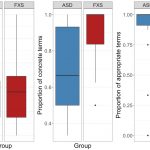