Abstract: Amyotrophic lateral sclerosis (ALS) is a fatal neuromuscular disease in which patients gradually become paralyzed due to loss of motor function. Many genetically inheritable mutations have been linked to ALS; however, the majority of ALS patients are considered sporadic. Therefore, there is a need for a common therapy that is effective for all ALS patients. Although there is evidence of the disease beginning in the periphery at the neuromuscular junction (NMJ), the specific processes involved in skeletal muscle and at the NMJ are still largely unknown. To study common disease mechanisms in ALS skeletal muscle, we performed RNA sequencing of skeletal myocytes differentiated from induced pluripotent stem cells (iPSCs) derived from familial ALS (with C9ORF72, SOD1, or TARDBP mutations) and sporadic ALS patients. Compared to healthy control lines, the myocytes from all ALS lines showed downregulation of four genes: BET1L, DCX, GPC3, and HNRNPK. We next measured the expression levels of these four genes in hind limb muscle samples from a rat model of familial ALS (SOD1G93A transgenic) and found that only the Bet1L gene, which encodes Bet1 Golgi Vesicular Membrane Trafficking Protein Like, was commonly downregulated. Bet1L protein appeared to be localized to the basal lamina of the NMJ, with decreased expression over time in SOD1G93A transgenic rats. Importantly, the expression levels began to decrease early in the disease process. Our results indicate that loss of Bet1L at the NMJ could be of interest for better understanding ALS disease progression.

About the Lab: The Suzuki group has demonstrated the therapeutic benefits of ex vivo gene therapy (stem cell-based growth/trophic factor delivery) targeting the skeletal muscle to prevent degeneration of motor neurons and associated neuromuscular junctions during ALS. Although most ALS research has focused on mechanisms of motor neuron cell death, degeneration is also observed in skeletal muscle, particularly at the neuromuscular connection. Glial cell line-derived neurotrophic factor and vascular endothelial growth factor (VEGF) promote survival of motor neurons and their neuromuscular junctions in neuromuscular disorders, such as ALS. Most recently, the lab delivered a combination of GDNF and/or VEGF to muscles using hMSCs; the hMSCs survive and synthesize and release growth factors, which slow disease progression in familial ALS model rats. 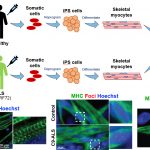 Amyotrophic lateral sclerosis (ALS) is a late-onset neuromuscular disease with no cure and limited treatment options. Patients experience a gradual paralysis leading to death from respiratory complications on average only 2-5 years after diagnosis. 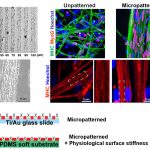 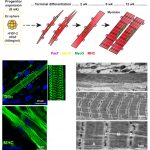