In a study that demonstrates the promise of cell-based therapies for diseases that have proved intractable to modern medicine, a team of scientists from the University of Wisconsin-Madison has shown it is possible to rescue the dying neurons characteristic of amyotrophic lateral sclerosis (ALS), a fatal neuromuscular disorder also known as Lou Gehrig’s disease.

The new work, conducted in a rat model and reported July 31 in the online, open-access journal from the Public Library of Science, PLoS ONE, shows that stem cells engineered to secrete a key growth factor can protect the motor neurons that waste away as a result of ALS. An important caveat, however, is that while the motor neurons within the spinal cord are protected by the growth factor, their ability to maintain connections with the muscles they control was not observed.

“At the early stages of disease, we saw almost 100 percent protection of motor neurons,” explains Clive Svendsen, a neuroscientist who, with colleague Masatoshi Suzuki, led the study at UW-Madison’s Waisman Center. “But when we looked at the function of these animals, we saw no improvement. The muscles aren’t responding.”

At present, there are no effective treatments for ALS, which afflicts roughly 40,000 people in the United States and which is almost always fatal within three to five years of diagnosis. Patients gradually experience progressive muscle weakness and paralysis as the motor neurons that control muscles are destroyed by the disease. The cause of ALS is unknown.

In the new Wisconsin study, nascent brain cells known as neural progenitor cells derived from human fetal tissue were engineered to secrete a chemical known as glial cell line derived neurotrophic factor (GDNF), an agent that has been shown to protect neurons but that is very difficult to deliver to specific regions of the brain. The engineered cells were then implanted in the spinal cords of rats afflicted with a form of ALS.

“GDNF has a very high affinity for motor neurons in the spinal cord,” says Svendsen. When implanted, “the (GDNF secreting) cells survive beautifully. In 80 percent of the animals, we saw nice maturing transplants.”

The implanted cells, in fact, demonstrated an affinity for the areas of the spinal cord where motor neurons were dying. According to Svendsen, the cells migrate to the area of damage where they “just sit and release GDNF.”

The Wisconsin team transplanted the cells on one side of the spinal cord and used the untreated side to compare the affects of the transplanted cells and their chemical secretions. 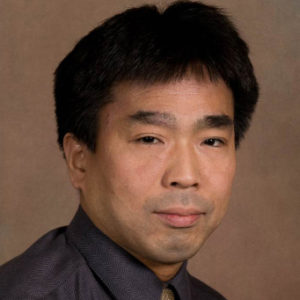 But while the motor neurons exposed to GDNF were protected, the Wisconsin team was unable to detect the connections between the neurons and the muscles they govern.

“Even in animals that had lots of motor neurons surviving, we didn’t see the (muscle) connection, which explained why we didn’t see functional recovery,” says Suzuki.

Although the obvious next step in the research is to try and ferret out the reasons the protected motor neurons are unable to hook up with muscles, Svendsen suggests the work further supports movement toward clinical trials in humans.

“We think the cells are safe, and they do increase the survival of the motor neurons,” Svendsen argues. “This may be very important for patients that lose neurons every day. However, it’s not a trivial intervention – you have to drill a hole in the spinal cord to get the cells releasing GDNF in. But there are few options for these patients and we will continue to move forward with this approach.”

The study was supported by grants from The ALS Association and the University of Wisconsin Foundation. Authors of the study, in addition to Svendsen and Suzuki, include Jacalyn McHugh, Craig Tork, Brandon Shelly and Sandra M. Klein, all of the UW-Madison Waisman Center; and Patrick Aebischer, of the Swiss Ecole Polytechnique Frale de Lausanne.

GDNF secreting human neural progenitor cells protect dying motor neurons, but not their projection to muscle, in a rat model of familial ALS