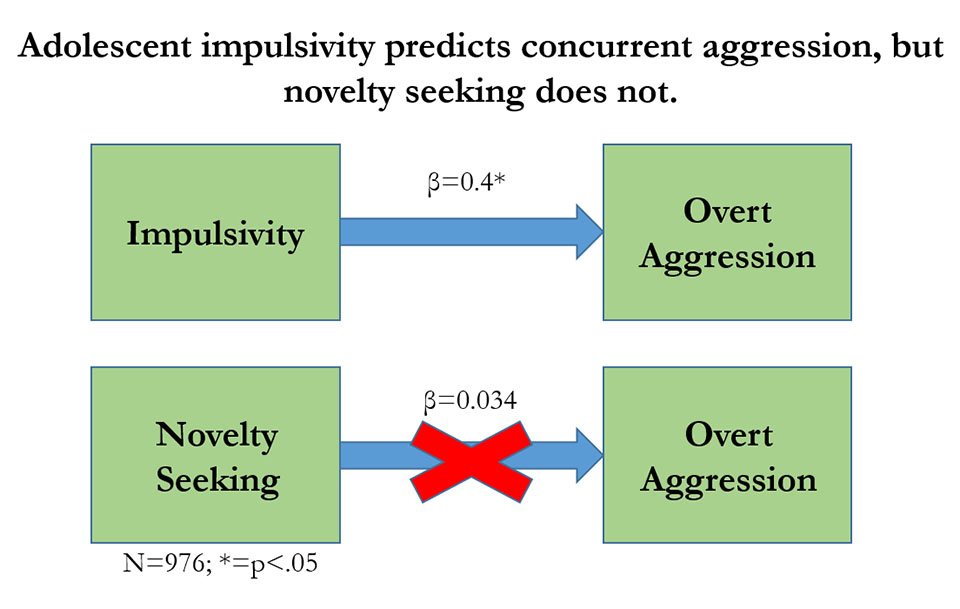 Title: Adolescent impulsivity and novelty seeking as differential predictors of relational and overt aggression

Abstract: Impulsivity is commonly conflated with novelty seeking, but these traits are conceptually independent and hold different predictive implications. Using a multi-informant design, we examined adolescent impulsivity and novelty seeking as predictors of aggression in a sample of 976 twins. Higher impulsivity predicted both overt and relational aggression, controlling for sex, puberty status, age, and socioeconomic status. Novelty seeking did not predict aggression, a finding that supports its independence from impulsivity.

About the Lab: Goldsmith’s research concerns children’s emotional development, behavioral challenges and the autism spectrum. The research incorporates perspectives of psychology, genetics, neuroscience, and developmental epidemiology. He is recognized as a leading theorist of human temperament and a key empirical contributor to the fields of developmental behavioral genetics and childhood psychopathology. Goldsmith is Principal Investigator on six external grants, an investigator in three Centers, and a faculty member on three training grants. His highly collaborative research involves many UW faculty and colleagues at other institutions.