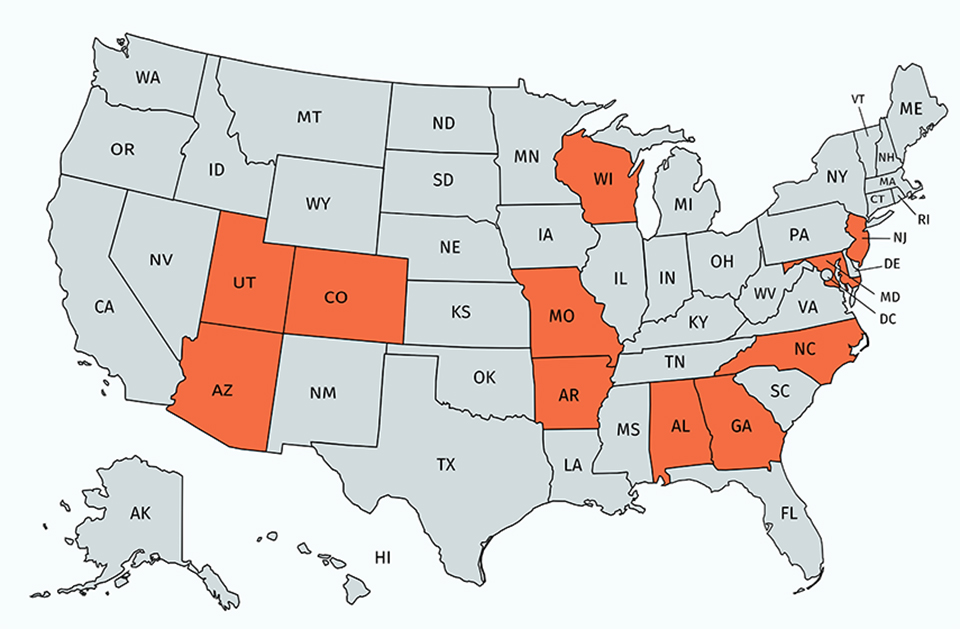 Children living in neighborhoods where incomes are low and fewer adults have bachelor’s degrees are less likely to be diagnosed with autism spectrum disorder compared to kids from more affluent neighborhoods.

The finding is part of a new multi-institution study of autism spectrum disorder (ASD), led by Maureen Durkin of the University of Wisconsin–Madison’s Waisman Center, and published recently in the American Journal of Public Health.

Durkin and her team found that the prevalence of the disorder increased during the study period. In fact, during the eight years of the study, the overall prevalence of ASD in children more than doubled, increasing from 6.6 to 14.7 cases per thousand children.

“We wanted to see if part of this increase in ASD prevalence was because advances in screening techniques and medical training meant more children from disadvantaged backgrounds were gaining access to ASD diagnoses and services,” says Durkin, a professor of population health sciences and pediatrics at UW–Madison. “It doesn’t seem that’s the case.”

The study merged this autism surveillance data with U.S. Census measures of socioeconomic status, such as number of adults who have bachelor’s degrees, poverty and median household incomes in the census tracts studied.

While not the first study to highlight socioeconomic differences in rates of autism diagnosis, “the continued increase in prevalence of ASD makes understanding its epidemiology critical to ensure services are reaching the children who need them the most,” says Durkin.

The study does not prove children from lower socioeconomic backgrounds are not getting the diagnoses and support they need, Durkin says, but it does indicate that’s the most likely scenario.

In support of this hypothesis, the study found that children who had intellectual disabilities were equally likely to be diagnosed with ASD irrespective of their socioeconomic backgrounds.

That could be because “children with intellectual disabilities usually have developmental delays that get noticed earlier in life,” says Durkin. “They may get referred for comprehensive medical follow-ups, which could then lead to a diagnosis of their ASD as well.”

In addition, studies in Sweden and France — which have universal health care and fewer barriers for citizens to access medical care — found no association between socioeconomic status and rates of autism diagnoses.

These findings collectively support the idea that children living in poorer or less well-educated areas are being diagnosed with ASD at lower rates because they have less access to health care providers who could make the diagnosis and provide needed support.

Durkin and her colleagues are now analyzing data from 2010 to 2016.

“In 2006, the American Academy of Pediatrics recommended all children be screened for ASD,” says Durkin. Future research will focus on assessing if more universal screening can lower the socioeconomic gap in ASD prevalence.

That’s important to know, Durkin says, because “if we are under-identifying ASD in certain socioeconomic groups — as seems likely — we need to be prepared to provide services at a higher level to more people. We need to find cost-effective interventions and supports and make sure they are distributed equitably and in a way that reaches everybody who needs them.”

Durkin is working with researchers and clinicians at the Waisman Center to improve access to ASD screening, diagnosis, and care for underserved communities through a federally-funded program called the Wisconsin Care Integration Initiative.

“This program is focused on ‘moving the needle’ to improve access to a coordinated, comprehensive state system of services that leads to early diagnosis and entry into services for children with ASD, particularly for medically underserved populations,” says Durkin.

Funding for this work was provided by the Centers for Disease Control and Prevention Cooperative Agreements UR3/CCU523235, UR3/DD000078 and UR3/DD000677, by the University of Wisconsin–Madison, and the National Institute of Child Health and Human Development grants P30HD03352 and U54 HD090256.