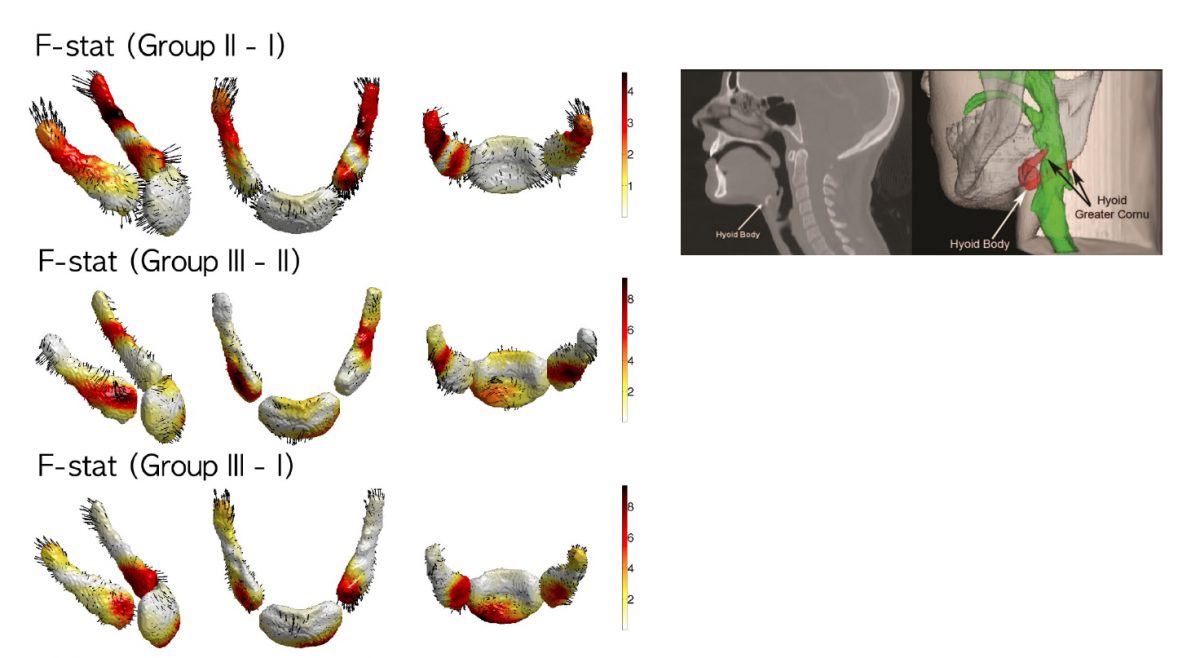 Abstract: We present a unified heat kernel smoothing framework for modeling 3D anatomical surface data extracted from medical images. Due to image acquisition and preprocessing noises, it is expected the medical imaging data is noisy. The surface data of the anatomical structures is regressed using the weighted linear combination of Laplace-Beltrami (LB) eigenfunctions to smooth out noisy data and perform statistical analysis. The method is applied in characterizing the 3D growth pattern of human hyoid bone between ages 0 and 20 obtained from CT images. We detected a significant age effect on localized parts of the hyoid bone.

About the Lab: The Vocal Tract Development Laboratory (VTLab) uses a combination of imaging, acoustics, and vocal tract modeling to understand the lifespan changes of the vocal tract anatomy in typically and atypically developing individuals, and to examine the relation of anatomic changes to speech acoustics.