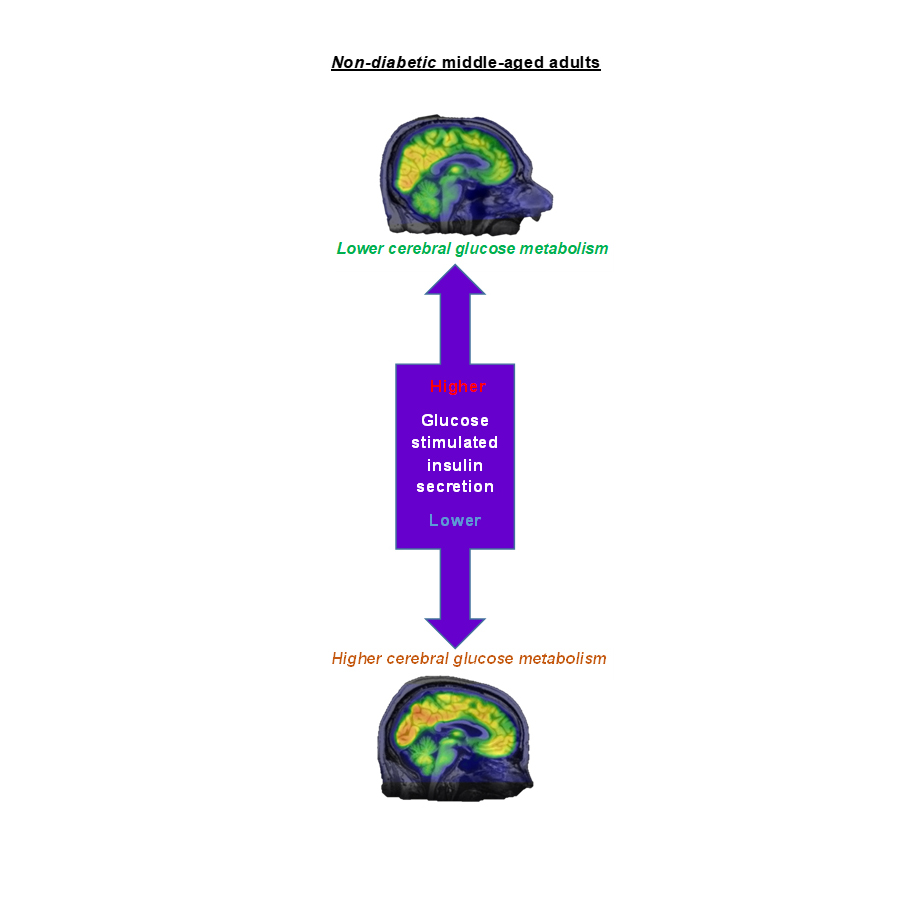 Legend: The pattern of findings remained largely the same after their removal from the sample; however, the Age X IR and Age X IS interactions were no longer significant. We recognize that FDG SUVRs are critically influenced by reference region selected and were careful to choose a gray matter area where glucose uptake is less influenced by the level of basal insulin and the effects of aging than other gray matter regions in the brain. The extent to which cerebellar gray matter is influenced by carbohydrate stimulated hyperinsulinemia and its metabolic consequences is unknown. Full dynamic scanning and blood sampling of FDG tracer would provide more information about cerebral metabolic rate and should be considered for future studies investigating the relationship between IS and cerebral glucose metabolism. That increased age and APOE4 carriers predicted reduced cerebral FDG SUVR, as found in previous research, supports the validity of our regional FDG SUVR results. Measures of IS and IR were derived from glucose and insulin collected during an OGTT and not an IVGTT or clamp technique. Despite this limitation, OGTT derived indices of IR and IS show moderate to strong correlations with similar measures determined from gold standard methods ( Abdul-Ghani et al., 2007 ; Matsuda & DeFronzo, 1999 ; Tura et al., 2006 ; Wallace et al., 2004 ). We employed DI o , a surrogate measure of pancreatic beta-cell function. While this measure has been validated in young and middle-aged adults ( Retnakaran et al., 2008 ; Santos et al., 2016 ), it also requires validation in an older adult sample with varying degrees of beta- cell function. We present preliminary evidence that lower IS in healthy adults is related to increased cerebral glucose metabolism in middle adulthood and higher memory scores in a middle-aged and older adult cohort. These findings are novel and deserve replication in a larger sample with higher levels of IR.

Abstract: Insulin resistance (IR) has been related to reduced cerebral glucose metabolism in regions identified as hypometabolic in Alzheimer’s clinical syndrome. Insulin secretion (IS) has been less studied than IR despite findings that decreased IS is an early indicator of future type 2 diabetes and a potential predictor of Alzheimer’s clinical syndrome. We investigated whether higher IR and lower IS would be associated with greater age-related reductions in regional cerebral glucose metabolism and worse cognitive performance. Two-hour oral glucose tolerance testing and 18 F-fluorodeoxyglucose positron emission tomography were performed on 1–2 occasions on a sample of healthy middle-aged and older adults from the Wisconsin Alzheimer’s Disease Research Center. Neuropsychological tests were completed during Alzheimer’s Disease Research Center Clinical Core visits. Pattern of findings suggested that lower (not higher) IS was related to higher regional cerebral glucose metabolism in middle aged but not older adults, and lower (not higher) IS was also related to better immediate recall. In the context of healthy insulin sensitivity, lower IS may be beneficial to brain health.

About the Lab: The mission of the Bendlin Lab is to take a multidisciplinary, collaborative, and inclusive approach to understand the factors that contribute to healthy and pathological brain aging. As a part of the Wisconsin Alzheimer’s Disease Research Center, we share the goal of improving the lives of those affected by Alzheimer’s disease. The Bendlin Lab strives to foster a non-discriminatory, diverse, and inclusive research and academic environment. Our research projects, supported by multiple NIA/NIH grants, donors, and private funding agencies, study brain structure and function in midlife and in older adults using a wide array of neuroimaging, biomarker, and genomic analyses. With a focus on education and outreach, the Bendlin Lab engages with students, staff, participants, and individuals in the community to promote greater awareness and understanding of Alzheimer’s disease. 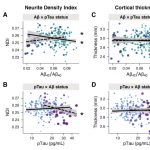 Barbara B. Bendlin, PhD – Slide of the Week 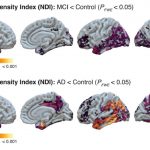 In Alzheimer's disease (AD), neurodegenerative processes are ongoing for years prior to the time that cortical atrophy can be reliably detected using conventional neuroimaging techniques. Recent advances in diffusion-weighted imaging have provided new techniques to study neural microstructure, which may provide additional information regarding neurodegeneration. 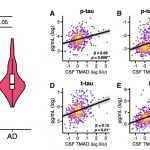 Barbara B. Bendlin, PhD – Slide of the Week

Trimethylamine N-oxide (TMAO), a small molecule produced by the metaorganismal metabolism of dietary choline, has been implicated in human disease pathogenesis, including known risk factors for Alzheimer's disease (AD), such as metabolic, cardiovascular, and cerebrovascular disease.