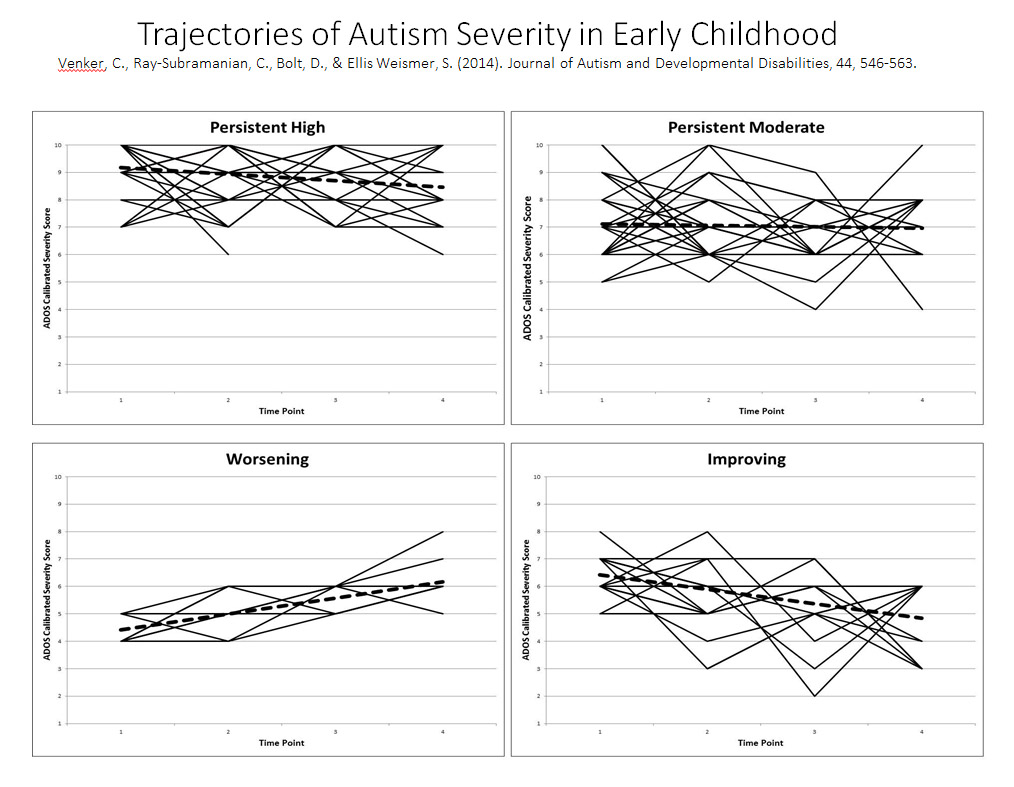 About the investigator: Ellis Weismer’s research focuses on investigating the developmental course and nature of language processing in typically developing children, late takers, and children with specific language impairment (SLI). She is particularly interested in exploring the relationship between language and aspects of cognitive functioning, such as working memory capacity, in children with language learning difficulties. More recent work has focused on characterizing early language abilities of toddlers on the autism spectrum and examining the overlap between late talkers with and without autism to evaluate the ‘distinct category’ versus ‘dimensional’ accounts of language disorders.