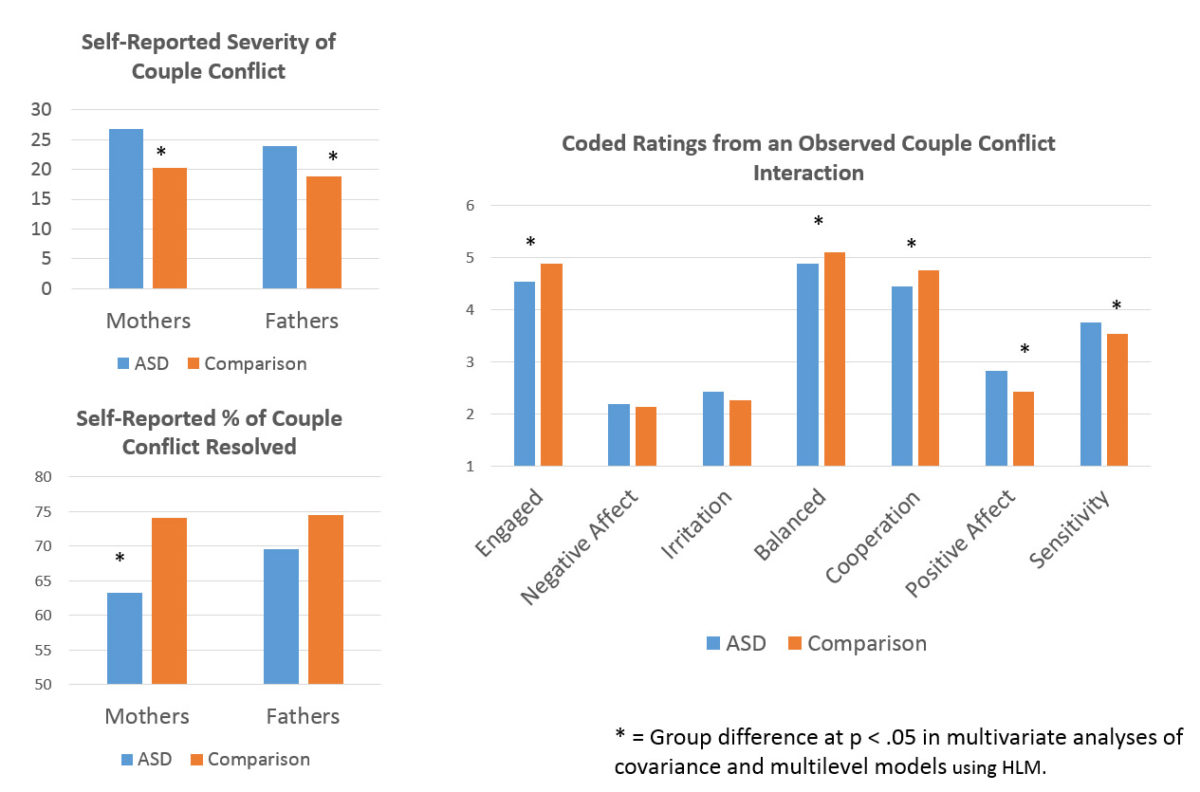 Title: Couple Conflict in Parents of Children with vs. without Autism: Strengths and Vulnerabilities

Abstract:  We compared the couple conflict of parents of children with autism spectrum disorder (ASD) to a comparison group of parents of children without disabilities using self-reported and observational measures. In total, 178 couples who had a child with ASD (aged 5-12 years) and 174 couples who had children without disabilities (aged 5-12 years), recruited from a Midwestern state in the United States, reported on couple conflict in everyday life and engaged in an observed couple conflict interaction. Parents of children with ASD reported more frequent, severe, and unresolved couple problems than the comparison group. Parents who had a child with ASD were observed to have less engaged, balanced, and cooperative couple conflict interactions, but demonstrated more positive affect and sensitivity towards one another, than parents in the comparison group. Group differences had small effect sizes. Findings have implications for marital therapies and relationship education programs.

About the investigator: Sigan Hartley, PhD is an Associate Professor in the Human Development and Family Studies Department. Her research examines the individual resources and family contexts underlying positive well-being in individuals with developmental disabilities and their families.