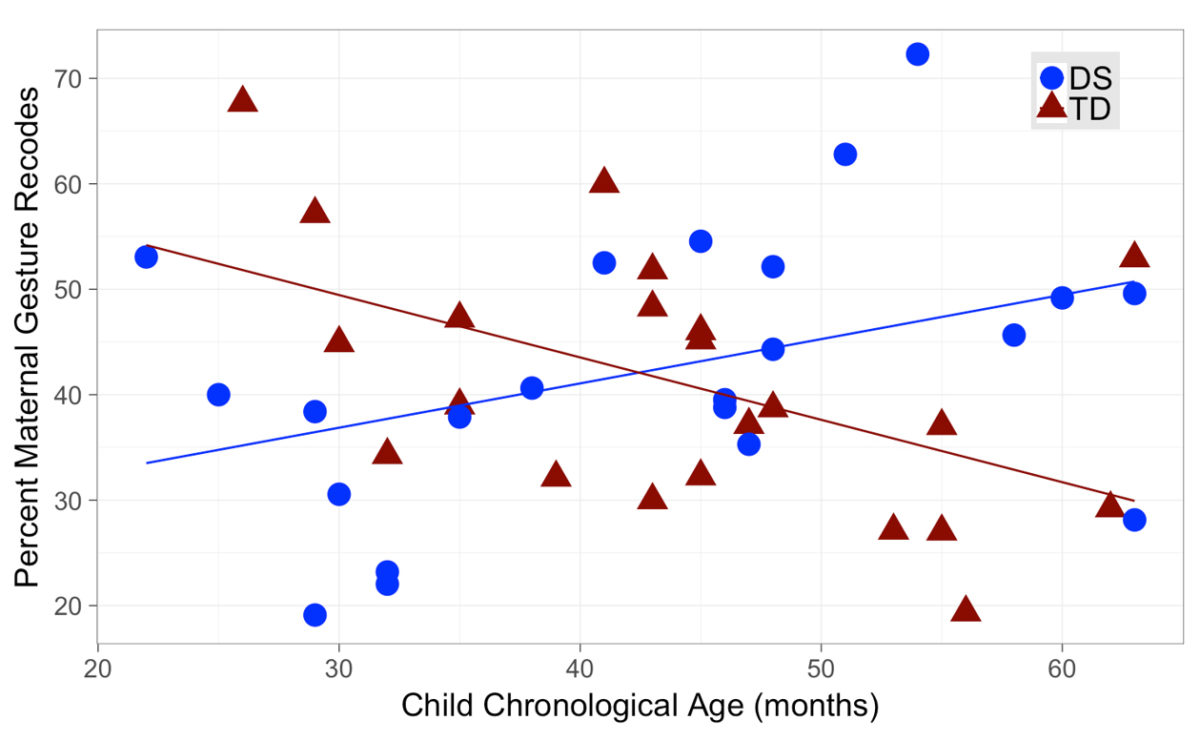 Title: Maternal Responsiveness to Gestures in Children with Down Syndrome

Legend: This study investigated differences in maternal responsiveness to child gestures during naturalistic parent-child interactions. Gesture use predicts later language skills and is an important communication modality for young children with Down syndrome (DS) given their significant language delays. There was a different relationship between maternal gesture recodes (i.e., verbal translations of child gestures) and child age for the children with Down syndrome compared to children with typical development (TD). There was a significant negative relationship between child age and the percentage of maternal gesture recodes in the mother-child dyads with typical development, yet this same relationship was not found for the mother-child dyads with Down syndrome.

Citation: Lorang, E., Sterling, A., & Schroeder, B. (in press). Maternal responsiveness to gestures in children with Down syndrome. American Journal of Speech-Language Pathology.

About the Lab: The Research in Neurodevelopmental Disabilities Lab (RIDDL) is interested in the development of language and cognitive skills in children and adults with neurodevelopmental disabilities. Through our work we hope to inform both clinical work and theory on issues surrounding assessment and treatment of language, the impact of additional diagnoses on language and behavior, and overlap between syndromes. We work with families who have children with fragile X syndrome, autism spectrum disorders, and Down syndrome.