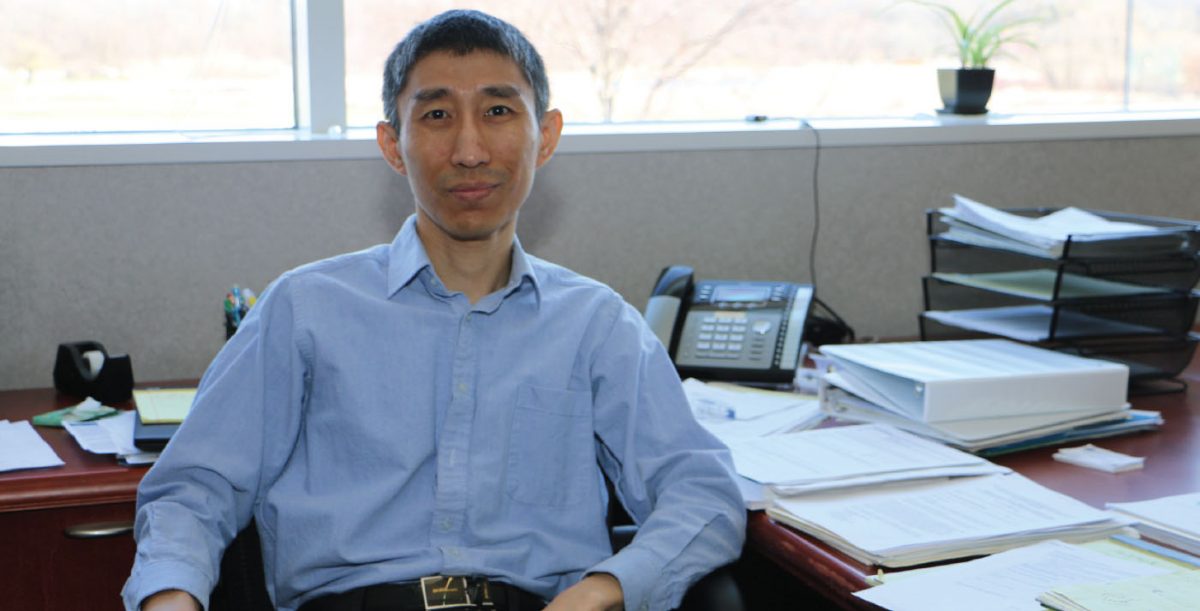 A cutting-edge scientist and a family chef as well as a former professional chess player…meet Qiang Chang, the next director of the Waisman Center!

Qiang Chang, a professor of medical genetics and neurology and Waisman Center investigator, began his tenure as the next director of the Waisman Center on July 1. The transition to center director comes after more than 10 years in a breadth of leadership roles at the center including associate director of the center’s Intellectual and Developmental Disabilities Research Center. Chang joined the Waisman Center in 2007 as part of a cluster hire initiative focused on translational neuroscience research. He studies Rett syndrome—a rare neurological disorder that primarily affects girls.

Originally from China, Chang grew up in Beijing. He completed his B.S. in biochemistry and molecular biology at Peking University, a prestigious university in Beijing. Chang furthered his studies in the United States where he earned his Ph.D. in neuroscience from the University of Pennsylvania School of Medicine. As a postdoctoral fellow, he studied neural regeneration at Children’s Hospital of Boston/Harvard Medical School and neurological diseases at the Whitehead Institute at MIT.

During his postdoctoral work at MIT, Chang began studying mouse models of Rett syndrome. Opportunities to meet with patients and families affected by Rett syndrome inspired and fueled his research. “When I met with patients and families it put a human face on the project,” says Chang. “It wasn’t just scientific curiosity anymore; it became personal. It made me commit to studying this disease because I really wanted to help these families.”

Pursuing knowledge and helping families continues to be important to Chang and his vision for the Waisman Center. “Through the integration of the center’s research programs, clinical services and outreach efforts, we have the infrastructure, expertise, and synergy to make the whole bigger than the sum of its parts,” says Chang.

For example, one of Chang’s first priorities will focus on implementing the Functional Genetics/Genomics in Neurodevelopmental and Neurodegenerative Diseases Cluster Hire. “This initiative will bring three new tenure-track faculty members to the Waisman Center and serve as a nucleus to help advance translational research and further the center’s mission.”

Outside of the lab, Chang has had some very interesting hobbies and experiences. As a young child, he developed skills and a passion for chess, which led to a competitive professional chess career during elementary and middle school. He also enjoyed playing soccer, which he continued to play throughout his time in graduate school and his first couple of years in Madison.

Chang is married to Jing Zhang, Ph.D., a professor of oncology and a researcher in the McArdle Laboratory for Cancer Research at UW-Madison. They are the parents of two children. A son, Sean, who is 17 years old and a senior at West High School. He plans to study computer science at Carnegie Mellon University. Their daughter, Angelina, who is 10 years old, is a very gifted pianist with a passion for gymnastics. She attended the Waisman Early Childhood Program.

Chang enjoys spending time with his family and loves being the family chef and prepares most of the family’s meals. “Our kids are where we spend most of our time now. My daughter has gymnastics practice five days a week, and my wife and I split our time shuttling her to and from practices and meets. It is very nerve-wracking,” he says of watching his daughter do gymnastics. “It’s to the point where I don’t want to watch all the time because it’s scary should she fall from the balance beam or bars.” But he says it is all very rewarding. “I enjoy seeing the next generation grow up, doing well and doing things that are enjoyable to them. It makes you feel that all the things you are doing are worth it.”