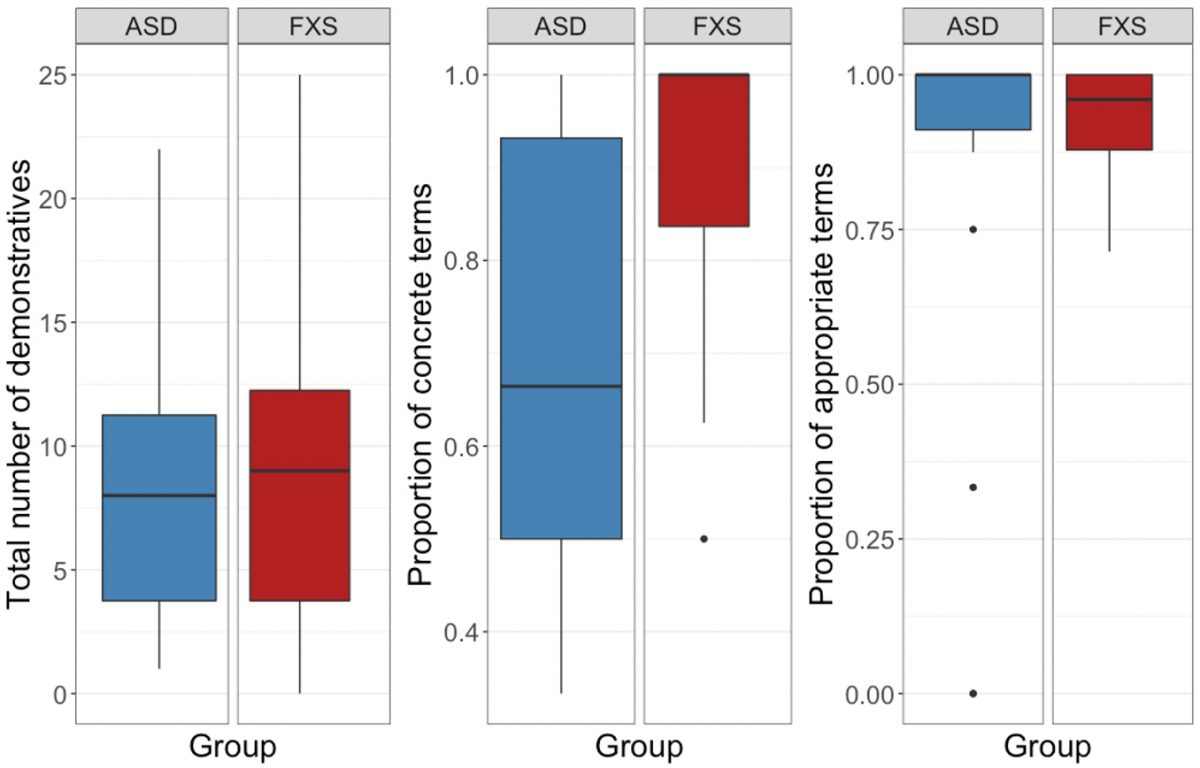 Title: The use of demonstratives and personal pronouns in fragile X syndrome and autism spectrum disorder

About the Lab: The Research in Neurodevelopmental Disabilities Lab (RIDDL) is interested in the development of language and cognitive skills in children and adults with neurodevelopmental disabilities. Through our work we hope to inform both clinical work and theory on issues surrounding assessment and treatment of language, the impact of additional diagnoses on language and behavior, and overlap between syndromes. We work with families who have children with fragile X syndrome, autism spectrum disorders, and Down syndrome.