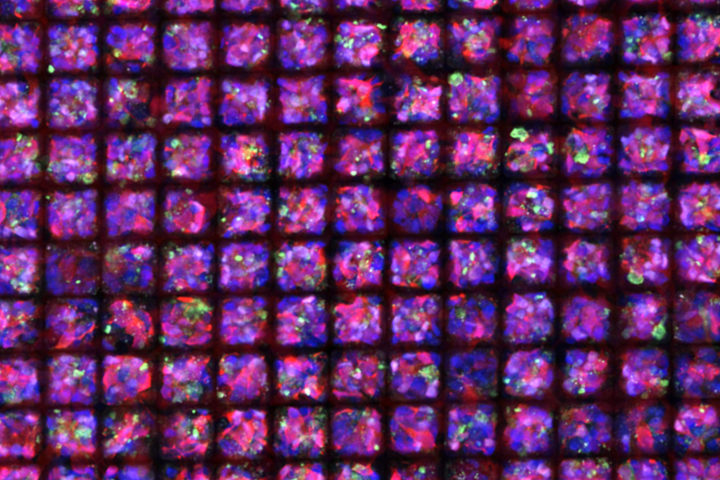 The new project, titled Outer Retina Reconstruction for Combat Afflictions or ORRCA, is a collaboration between the McPherson Eye Research Insitute at UW‒Madison, the UW School of Medicine and Public Health, the UW College of Engineering, the University of Birmingham (UK) and British Ministry of Defence and the National Eye Institute. It is funded by a grant for more than $5 million from the U.S. Department of Defense (DOD).

The project, led by David Gamm, MD, PhD, director of the McPherson Eye Research Institute, professor of ophthalmology and visual sciences at the UW School of Medicine and Public Health, and Waisman Center investigator, will develop a transplantable patch to restore vision to members of the armed forces who have been injured by blasts or lasers.

Military personnel often face blast injuries and shockwaves or bright light from explosions, and can also be directly injured from high powered lasers. These types of trauma can damage photoreceptors and retinal pigment epithelium (RPE), leading to permanent partial or total vision loss. When a photoreceptor dies, it cannot regenerate.

“This patch would, in theory, replace the dead photoreceptors and RPE, and give the person another chance to see,” said Gamm.

“This is an incredibly exciting project to be a part of,” Gamm said. “The collaboration between vision researchers at UW, the National Eye Institute and in the UK, along with our partnership with Opsis Therapeutics here in Madison, is critical to making this work happen.”

The UW team will collaborate with Kapil Bharti, PhD, of the National Eye Institute and Richard Blanch, MBChB, PhD, MRCS, an ophthalmologist and researcher at the University of Birmingham, England. Blanch is also a lieutenant colonel in the British Army.

The DOD grant will fund development of the patch in multiple phases. Gamm and his team will work with Opsis Therapeutics (which Gamm co-founded in 2016) to develop laboratory-generated human photoreceptors, which are light-responsive cells in the eye, and RPE, a cell layer that underlies and assists photoreceptors, using human induced pluripotent stem cells (iPSCs).

Concurrently, the research laboratory teams led by Gong and Ma will generate biodegradable, micro-molded scaffolds (the patch) that allow the photoreceptor cells to organize effectively, before transplanting them to the correct spot in the retina. From there, the Bharti and Blanch groups will generate testing systems for the patch that mimic the types of laser and blast injuries that have become more common in modern warfare. The surgical delivery and functionality will be tested using the Yucatan swine model, which has a similar eye structure to humans.

If the technology shows promise in animals, it will allow the researchers to pursue clinical trials in humans, according to Gamm.

The team’s efforts also have the potential to address eye disease unrelated to combat injury. Macular degeneration is common among older adults, including veterans. The disease involves a deterioration of the central field of vision due to loss of RPE and photoreceptors, the same retinal cells that are affected in blast or laser injuries.

“Photoreceptors and RPE cells die as a result of many types of retinal diseases and injuries,” Gamm said. “This technology could one day not only help restore sight to those who are injured while serving our country, but to their loved ones back home as well.”

Caption for feature photo above: Human pluripotent stem cell-derived photoreceptors (cell bodies labeled in red, nuclei labeled in blue) grown on a biodegradable scaffold designed to replace cells lost to retinal degenerative diseases. This image has been magnified 20x with a confocal microscope to visualize rod (lavender) and cone (green) photoreceptors. The scaffolds are thinner than a sheet of office paper and can fit on a fingertip. Image courtesy of Allison Ludwig, Gamm Lab