One in 68 children in the U.S. has an autism spectrum disorder, and the University of Wisconsin’s Waisman Center is researching what happens to these individuals as they reach adulthood and adolescence.

The Adolescents and Adults with Autism study began at the Waisman Center after the realization that little research had been done on the transition from adolescence to adulthood for individuals with autism and their families, according to the center’s website.

This transition from high school to the real world is notable because it marks the end of structured education for many and increased independence, which often creates a high-stress environment for families, the site said.

There was an exponential increase in diagnoses beginning in 1990, which Marsha Mailick, director of the Waisman Center, said was a factor in the study.

The study began in 2000 and has observed more than 400 families throughout Wisconsin and Massachusetts who have a teenager with ASD.

Researchers gathered information through interviews with individuals living with autism spectrum disorders and their families, Mailick said. They used the responses as their method to collect data to use for comparison, she said.

“The research approach we used is a combination of standardized measures that have been validated as indicators of the many dimensions for quality of health,” Mailick said.

Some of these areas of study include independence, carrying out daily living skills, time spent during the day, the transition out of high school and the effects on parents and siblings of the individual with ASD along the way, according to the website.

Researchers are taking the results from this study and translating them into an intervention for both the families of teens on the autism spectrum and for the teens themselves, Mailick said.

“It is a very difficult time for families and teens because at the end of high school people with disabilities lose entitlement to services and they have to plan accordingly,” she said. 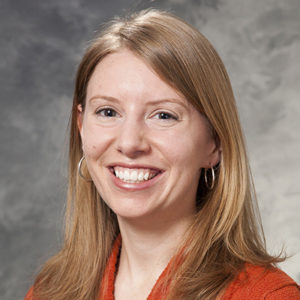 Leann Smith, an associate scientist at the Waisman Center, worked with Mailick to develop the program Transitioning Together, a multi-family group psychoeducation program to address the gap in support when adolescents with ASD to transition into adulthood.

The Transitioning Together program involves four to six families gathering for eight group sessions in total, each with a specific topic and goal, Smith said. The sessions require attendance of the family and the teen with ASD, although they meet in separate groups.

The program mostly benefits parents by teaching the about different aspects of autism in adulthood such as transition planning, problem-solving strategies and legal issues, according to an On Wisconsin article.

“We are currently conducting a large, national study of a comprehensive autism education model in sixty high schools across the country. Transitioning Together is part of that program,” Smith said.

Although the study at the Waisman Center is coming to an end, the study in the high schools across the country will continue for another three years, Smith said.