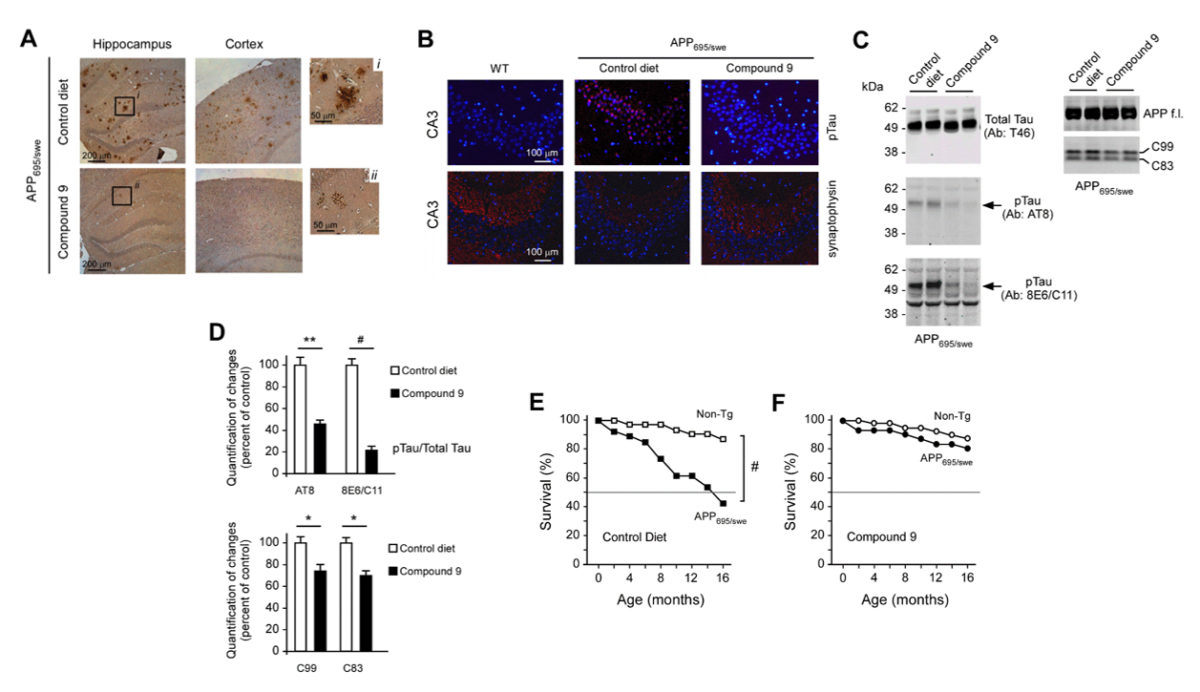 Title: Improved Proteostasis in the Secretory Pathway Rescues Alzheimer’s Disease in the Mouse

Abstract: The aberrant accumulation of toxic protein aggregates is a key feature of many neurodegenerative diseases, including Huntington’s disease, amyotrophic lateral sclerosis and Alzheimer’s disease. As such, improving normal proteostatic mechanisms is an active target for biomedical research. Although they share common pathological features, protein aggregates form in different subcellular locations. Nε-lysine acetylation in the lumen of the endoplasmic reticulum (ER) has recently emerged as a new mechanism to regulate the induction of autophagy. The ER acetylation machinery includes AT-1/SLC33A1, a membrane transporter that translocates acetylCoA from the cytosol into the ER lumen, and ATase1 and ATase2, two acetyltransferases that acetylate ER cargo proteins. Here, we used a mutant form of α-synuclein to show that inhibition of the ER acetylation machinery specifically improves autophagy-mediated disposal of toxic protein aggregates that form within the secretory pathway but not those that form in the cytosol. Consequently, haploinsufficiency of AT-1/SLC33A1 in the mouse rescued Alzheimer’s disease but not Huntington’s disease or amyotrophic lateral sclerosis. In fact, intracellular toxic protein aggregates in Alzheimer’s disease form within the secretory pathway while in Huntington’s disease and amyotrophic lateral sclerosis they form in different cellular compartments. Furthermore, biochemical inhibition of ATase1 and ATase2 was also able to rescue the Alzheimer’s disease phenotype in a mouse model of the disease. Specifically, we observed reduced levels of soluble Aβ aggregates, reduced Aβ pathology, reduced phosphorylation of Tau, improved synaptic plasticity, and increased lifespan of the animals. In conclusion, our results indicate that Nε-lysine acetylation in the ER lumen regulates normal proteostasis of the secretory pathway; they also support therapies targeting ER acetyltransferases, ATase1 and ATase2, for a subset of chronic degenerative diseases.