Our understanding of language relies on more than just the spoken word. A myriad of external cues, like nonverbal signals and a person’s characteristics, contribute to how we understand and process language as we speak and communicate with others. Language, being a uniquely human trait, has played a deeply important role in how we learn to relate to one another. Because language is such an integral part of the human experience, it is important to study how we learn it and what factors contribute to our understanding of it. A recent paper published in the journal Infancy by fifth-year graduate student Desia Bacon and Jenny Saffran, PhD, a UW Madison professor of psychology and a Waisman investigator, made an important connection between the social category gender and the way toddlers process language.

Social categories are collections of people that share similar characteristics. These categories are often used to infer information about a person and subsequently influence how we process social interactions. “Social categories are something fundamental that humans use. They’re groupings, or the way we group people,” says Bacon. “They can be things about a person that are non-changeable, like race, or changeable things like socioeconomic status or education level. Adults readily use cues from these categories regularly in language processing.”

In designing this study, Role of speaker gender in toddler lexical processing, Bacon and Saffran were curious as to whether or not toddlers are capable of using information from these categories to inform their own language processing. This work is an extension of the work Saffran does in her lab – the Infant Learning Lab.

Bacon and Saffran used an eye-tracking system to determine whether or not the gender of a speaker was influencing how toddlers were processing what they were being asked. “Our eyes move faster than say, our ability to reach for something. This is why if I asked you to grab a red pen, you’re probably going to look at the red pen much faster than you’re going to actually reach for it,” Bacon says. “It’s a good way for us to get a measure of what someone is processing, thinking, or even predicting or anticipating before they hear something else.”

During testing, the toddlers were held by their caregiver in front of a screen. Two familiar objects, such as a cup or a shirt, were pictured on the screen. The objects, gender neutral on their own, were designed with colors or patterns that made them look prototypically masculine or feminine, like the cup being blue or the t shirt being decorated with flowers. Then a male or female voice would ask the toddler to look at one of the two objects (“Can you find the cup?”). Bacon and Saffran observed that when the gender of the speaker matched the perceived gender of the object, the toddlers were more accurate in which picture they looked at.

Their results showed that the toddlers were in fact taking cues from the speaker’s perceived gender when asked to look at a particular object pictured on a screen. This shows that children, even as young as toddlers, are making use of information from social categories in their real-time language processing. Bacon and Saffran’s results continue to reinforce the idea that kids are likely picking up on more than adults realize when it comes to how they interpret the world.

This study is one of the first to combine the areas of social categories and language processing in young children. “What inspired this study, in part, is there is pretty rich literature about how infants and young children come to understand social categories like male or female or different races. But that literature has unfolded separately from the literature on language learning, where children are also making use of information about things like gender of the speaker,” Saffran says. “So, we conceptualized this study as a way of trying to ask whether infants are actually putting together those two sources of information.” And it turns out, they are.

Bacon and Saffran’s work in this paper opens important doors to continue studying what kinds of information children incorporate into their understanding of language and how they use it. This will help researchers as they continue to investigate how young children develop language. For Bacon, the next research steps involve continuing to manipulate the variables used in this study to delve further into the extent to which toddlers utilize gender in their language processing before moving on to other social categories.

For Saffran, this research has much broader implications. “We can think in a richer way about word meanings and the types of information that young learners might be integrating into word meanings,” Saffran says. “It’s not just that a cup is something you drink out of, but they seem to know something about how objects that are colored a particular way or designed a particular way might be more likely to be talked about by people from a particular group. I think it opens up a lot of interesting questions about what young learners are attending to in meanings in the world.” 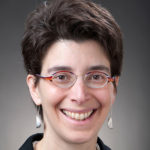 In an upcoming study in Current Biology, published online Aug. 16, researchers at the Arizona State University Department of Psychology and the Waisman Center report a factor that is important for language learning in children: the predictability of the learning environment. 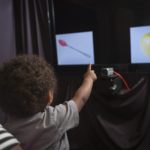 Here is how a cat can hinder children learning new words

Say you are shown an apple, a banana and a fruit you have never seen before. Then you are asked to pick the “pifo.” Which fruit would you choose? Chances are you would select the novel fruit.

The environments children are in, including how much and what kinds of stimulation they are exposed to, influence what and how they learn. One important task for children is zeroing in on the information that’s …