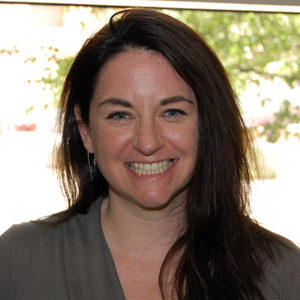 MADISON–In the current issue of Pediatrics, Waisman Center, University of Wisconsin-Madison clinical psychologist Megan Farley and colleagues share important insights in the paper “Identifying autism in a brief observation,” which examines how brief clinical appointments are often not long enough to determine if a child has an autism spectrum disorder (ASD), or even if a child should be referred on for a formal diagnostic evaluation. Farley and her colleagues found that in 10-minute clinical observations, the length of a typical visit, expert raters missed 39 percent of children who should receive a referral for evaluation of ASD. The paper, co-written with researchers at Brigham Young University; Cleveland Clinic Children’s; University of North Carolina, Chapel Hill; Tulane University; and the Center for Autism Research at the Children’s Hospital of Philadelphia, is the first to quantify the high base rates of typical behavior in young children who have autism and language delay.

Farley was one of two licensed psychologists with early childhood development and ASD expertise who viewed 84 videos of clinical assessments of children aged 15 to 33 months.  All of the children were first screened into the study based on results of a developmental screener for ASD.  Diagnosis was determined through a formal evaluation that included the Autism Diagnostic Observation Schedule – Second Edition (ADOS-2), a measurement of child development, and parent interview.  Farley and her colleague were unaware of the child’s diagnosis, and their task was to view and document typical and atypical social, communicative and play behavior in toddlers during 10-minute recorded visits. They were also asked to determine whether or not they thought the child should receive a referral for an autism diagnosis based solely on those 10-minute observations.

“What we uncovered from this study is that it is often difficult to diagnose autism in a primary care visit,” said Farley. “More often than not, the behavior that children who have ASD present in an appointment is typical behavior, and there is no single behavior that is a perfect indicator of whether or not a child has ASD.” For example, social initiation and response to name were two categories examined between children with autism and those who were typically developing. All children with an ASD diagnosis responded to their names at least once, and all of the typically developing children failed to respond to their names at least once. The one area that most clearly suggested concern for possible delays is how children respond to receptive language skills, where he or she is told, “go get your shoes” or “give me the ball.” Those who did not respond were more likely to have language delays or ASD.

“Ten minutes is not enough time to reliably decide on an autism diagnosis,” said Farley. “What I recommend for families is that if there are concerning behaviors, document them. Write down what worries you, and when and how much you see the behavior.  Make brief recordings of your child doing the behavior on video if you can to share with your provider.” The American Academy of Pediatrics recommends an autism screener at 18 and 24 months of age, and if your child has not had one, request one. Additionally, Farley shared, “This study indicated that providers can expect a lot of typical behavior from a child that is suspected to have ASD, but if parents are describing behavior that concerns them, offer a referral.”