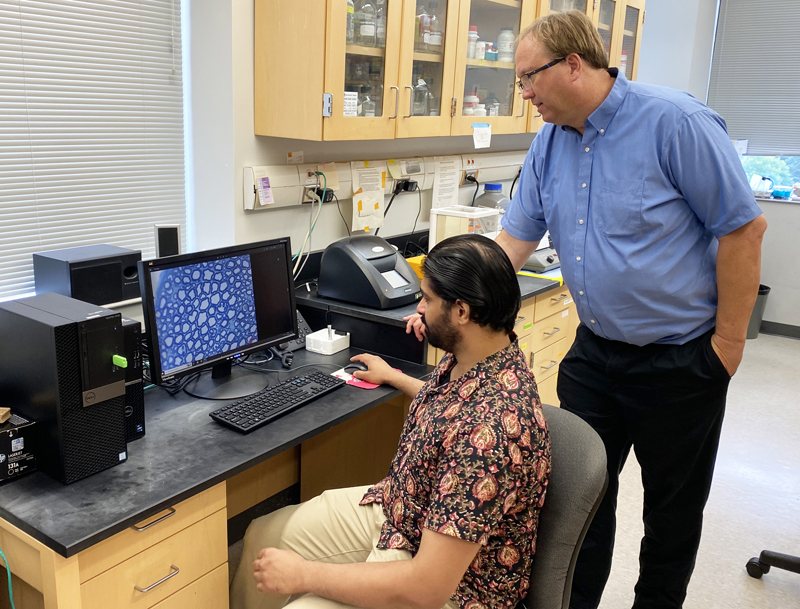 When nerves are injured, Schwann cells—a key cell in peripheral nerve function and nerve insulation—assume a new role and identity as repair cells. A recent study done at the Waisman Center looked at how this switch of Schwann cells into repair cells occurs. Results, published in The Journal of Neuroscience, revealed how a key player in this process, JUN, helps turn genes “on” or “off” by binding to DNA.

John Svaren, PhD, principal investigator of the study, professor of comparative biosciences in the School of Veterinary Medicine, and a Waisman Center investigator, and Raghu Ramesh, a doctoral student in the Comparative Biomedical Sciences Graduate Program and first author of the study, hope that by understanding this reprogramming process they might be able to trigger nerve regeneration in cases when it becomes faulty such as in neuropathy or aging.

Schwann cells’ typical state is wrapping nerves in the peripheral nervous system—the system of nerves outside of the brain and spinal cord— with myelin sheaths. This fatty substance insulates the electrical currents that travel along the axons of the nerve to allow for faster, more efficient communication of motor and sensory information. “I say it’s like going from 4G to 5G speed on a cell phone,” Svaren explains. Schwann cells are also involved in neuropathic diseases such as Charcot-Marie-Tooth (CMT), known by demyelination of axons, causing slower nerve communication.

When a peripheral nerve injury occurs, Schwann cells put that role on pause and rapidly transform into repair cells.

“They actually create little tracks that axons can grow along and they activate a gene program that supports axon regeneration,” Svaren says. During their repair state, Schwann cells clear out myelin debris, secrete factors that mobilize immune cells, promote neuronal regeneration, create tracks to guide axons toward regeneration, and create more myelin on the newly regenerated nerves. Once they are done with repair, the cells go back to myelination mode. “This is kind of unique in the peripheral nervous system because usually in the central nervous system (brain and spinal cord), injured cells typically die and then you have a stem cell niche that repopulates them,” Svaren says.

As Schwann cells assume an entirely new role, many gene expression changes occur to allow this reprogramming to happen. One notable change is the rapid increase of expression of the gene Sonic Hedgehog, which contains the instructions to make the protein Sonic Hedgehog. This protein plays an important role in embryonic development. In particular, it is involved in cell growth, cell fate, and body structure and formation, including brain, spinal cord, limbs, and other body parts. Most studies of Sonic Hedgehog have focused on its many important roles in embryonic development. “But the interesting thing about Schwann cells is they don’t express Sonic Hedgehog until after injury,” Ramesh says.

Other studies have shown that Sonic Hedgehog may be necessary after nerve injury. It plays a role in axon regeneration, cleaning up myelin debris, and recruiting immune cells. The researchers wanted to know what was prompting this expression of Sonic Hedgehog in Schwann cells. Following on the identification of JUN as a key regulator of injury responses by the laboratory of Kristjan Jessen, PhD, emeritus professor of cellular and developmental biology and Rhona Mirsky, PhD, emeritus professor of developmental neurobiology at University College London, they found that this expression is led by JUN through the activation of injury-induced enhancers. These enhancers are short regions of DNA that, when bound and activated by a transcription factor like JUN, can prompt the expression of a gene. In this case, Sonic Hedgehog.

It is possible that failing to activate these Sonic Hedgehog enhancers due to aging or disease, could impair nerve regeneration. “The point [of this research] is, if we are able to find therapeutic drug targets for Sonic Hedgehog, it might help alleviate issues like chronic peripheral nerve degeneration,” Ramesh says.

Through multiple experiments, the researchers collected injured nerve tissue from rat models and identified the regions of DNA that get activated after injury. They found that upon injury, thousands of gene enhancers were induced, and JUN was shown to be bound to many of these enhancers. “And for the first time, we were able to show that JUN, as a transcription factor, is associated with many of these newly created enhancers,” Svaren says.

Svaren refers to them as “newly created,” because these enhancers, the study suggests, are not pre-programmed into the Schwann cell genome, but are only activated by JUN binding. “We think the reason is that JUN has the ability to kind of rewrite the genome, essentially by itself, and create all these thousands of new enhancers,” Svaren says.

JUN seems to be what’s known as a pioneer transcription factor. Because DNA is tightly packed in proteins called histones, transcription factors can’t easily access genes for activation. They need specific binding sites, as well as cooperation from multiple transcription factors. “JUN has the ability to just take a regular array of packaged DNA and plop down and move everything aside,” Svaren says.

When the researchers eliminated these JUN-bound enhancers, Sonic Hedgehog failed to be induced after injury. This confirmed that these enhancers are required for the robust induction of Sonic Hedgehog in Schwann cells, normally increasing 90-fold within 24 hours.

For Ramesh, the next step is to dig deeper into the role of Sonic Hedgehog during nerve injury repair, and the mechanisms behind its unique way of working in Schwann cells. 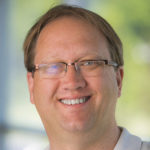 CMT advocate will not be sidelined

CMT is equally common among all ages, genders, and races and is one of the most common heritable neurological impairments. The symptoms present as neuropathy, foot drop, poor balance, difficulty with dexterity, or abnormal sensation – just to name a few.

Waisman Center investigator John Svaren collaborated with Ian Duncan, a professor of veterinary medicine at the University of Wisconsin–Madison, and others on a study that offers new insight into a rare human disease, called H-ABC, …