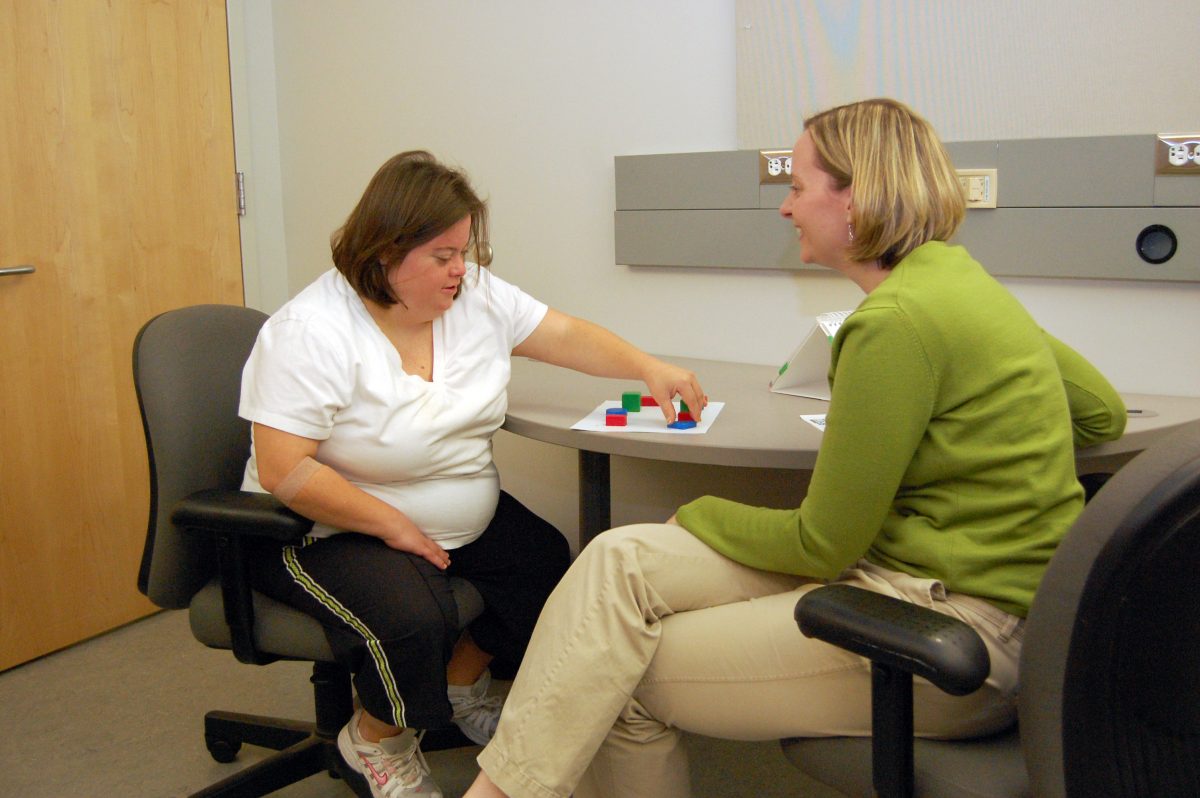 A team of researchers at the University of Wisconsin–Madison is part of a new multi-institution effort to better understand Alzheimer’s disease in adults with Down syndrome.

Adults with Down syndrome are at high risk for developing Alzheimer’s disease beginning in their late 40s, because of their unique biology. The vast majority will eventually develop the disease by their late 60s, but signs of the disease may be evident when they are much younger.

The new effort, funded by up to $109 million from the National Institutes of Health over the next five years, is focused in part on identifying these early biological signatures.

The research teams will assess and examine a wide range of data from participants, who will take part every 16 months for up to four visits. This includes biomarkers found in plasma, sweat and other biological fluids; genetic factors; brain imaging; and cognitive and psychological function.

“Today, adults with Down syndrome are living longer and leading more productive lives than in the past, which is wonderful,” says Waisman Center investigator and medical physics and psychiatry Professor Bradley Christian, co-director of the national study and leader of the UW–Madison team. “Unfortunately, this is being accompanied by a much higher prevalence of Alzheimer’s disease in adults with Down syndrome in their 50s and 60s.”

More than 75 percent of people with Down syndrome who live to age 65 will develop Alzheimer’s disease and the NIH estimates that more than 5 million people in the United States are living with the neurodegenerative condition, including more than 1 in 10 people over age 65.

“The study is critical for individuals with Down syndrome because they have a really heightened risk for Alzheimer’s disease,” says Sigan Hartley, study co-researcher, a Waisman Center investigator and School of Human Ecology professor of human development and family studies. “Alzheimer’s disease can affect any of us and so what we learn from this study has the potential to help everyone.”

In fact, the researchers hope the expanded study will “lay out a path to better inform prevention and treatment trials for Alzheimer’s disease in adults with Down syndrome that can ultimately be extended to the general population,” says Christian, an Alzheimer’s Disease Research Center affiliate.

Investigators at the Waisman Center, the Alzheimer’s Disease Research Center and several departments at UW–Madison are involved in the effort alongside colleagues at a number of institutions, including the University of Pittsburgh, Columbia University, and the Washington University School of Medicine in St. Louis. The award is supported by funding from the NIH National Institute on Aging, the Eunice Kennedy Shriver National Institute of Child Health and Human Development and the INCLUDE project, which seeks to investigate conditions that affect individuals with Down syndrome and the general population, such as Alzheimer’s disease, autism, cataracts, celiac disease, congenital heart disease and diabetes.

Brain imaging studies conducted at the Waisman Center over the last decade show that, in people with Down syndrome, changes in the brain “are evident many years before any signs of cognitive decline related to Alzheimer’s disease can be noticed,” Christian says.

Many of the people taking part in the new research effort have participated in studies since Mailick’s began in 1988. The research consortium will also recruit hundreds of new individuals over the next five years.

“It is a fantastic study, which could not be accomplished without the support of family caregivers and the individuals with Down syndrome themselves,” says Renee Makuch, study coordinator at the Waisman Center. “They are very committed to helping us discover the correct combination of medications, treatments and therapies to combat this disease.”

She adds: “Dementia affects so many aging families. It is important to discover ways to successfully support caregivers, the service providers, and the individuals themselves. We truly value this unique partnership we share with our study families.”